According to their motto ‘Better every day’, Ahold Delhaize is continuously undertaking innovative steps to improve its service. Quality and efficiency represent two key-values within Ahold Delhaize Transport organisation. Ahold Delhaize Transport is a shipper that manages a broad logistic operation but no trucks. The trucks driving daily between the distribution centers and almost 1.000 stores belong to 25 different carriers.

According to Ahold Delhaize, efficiency can only be achieved through cooperation within the logistic supply chain. This is why a joint and common overview of the operational planning with all carriers is a necessity. Attending to the daily needs of the stores is a complex task working with 25 different carriers and stores with individual delivery requirements. The 25 carriers use a variety of Transport Management Systems (TMS), on-board computers and local planning software systems. 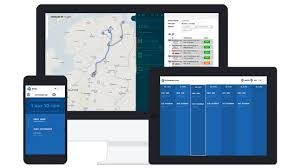 When will the next truck arrive?

All deliveries to the Albert Heijn supermarkets of Ahold Delhaize are part of a streamlined, well-planned process. In the supermarkets, replenishment orders are immediately unpacked and placed on the shelves. By knowing the expected delivery time in advance, the store managers can more efficiently activate the shelf stockers. They can quickly start unloading the products to place them in the store.

A combination of existing public and commercial data

A TMS consists of on-board computers supplying data with the current position of the trucks. By connecting the truck positions to the store locations and the planning, Simacan Control Tower shows the trucks’ status on the map. Also, for each truck, the estimated time of arrival is calculated, taking in account detailed real-time traffic data.

In Simacan Control Tower, Albert Heijn planners see all the trucks delivering to stores and their estimated arrival times at the stores. Such information is shared by Albert Heijn with its store personnel as well as the carriers.

By sharing data, the government and the market can work together to find solutions to traffic logistical bottlenecks, accessibility and quality of life. Simacan’s ‘OpenTripModel’ provides a data sharing model for sharing data between shippers, carriers and governments.

The OpenTripModel is to become a licence-free and easy to use data model for a web-based exchange of real-time logistical and traffic data by shippers, transport providers, service providers and governments. The OpenTripModel is open to everyone to be used, improved upon and enhanced. For example, severely delayed journeys and inefficient use of loading and unloading sites can be prevented in the future and there is the prospect that lorry drivers will receive real-time information regarding the best possible route.

This project is an innovative collaboration between the market and the government: Simacan is developing the OpenTripModel. It will first be tested in Amsterdam, Utrecht, Groningen and Assen; together with the largest supermarket chain in the Netherlands – Ahold – the possibility of optimisation will be considered.