A high diversity in land use of neighborhoods may be beneficial for the physical and mental health of the inhabitants. If confirmed, this may be incorporated into urban planning, in particular regarding the diversity of green space. This is the conclusion of study amongst 4450 Dutch residents.

Both social and physical neighborhood factors may affect residents’ health, but few studies have considered the combination of several exposures in relation to individual health status. This Dutch research assesses a range of different potentially relevant physical and social environmental characteristics in a sample of 135 neighborhoods in 43 Dutch municipalities in the Netherlands, to study their mutual correlations and to explore associations with the morbidity of residents using routinely collected general practitioners’ data.

The researchers could assess area-level social cohesion and collective efficacy using external questionnaire data, urbanization, amount of green space and water areas, land use diversity, air pollution, and noise (from road traffic and from railways). Health data of the year 2013 from general practitioners were available for 4450 residents. 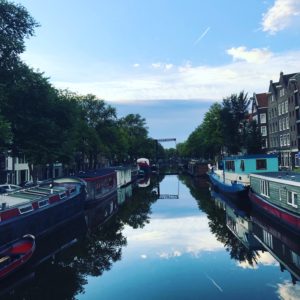 Most physical exposures were strongly correlated with the degree of urbanization. Social cohesion and collective efficacy tended to be higher in less urbanized municipalities. The degree of urbanization was associated with higher morbidity of all disease groupings. A higher social cohesion at the municipal level coincided with a lower prevalence of depression, migraine/severe headache and Medically Unexplained Physical Symptoms (MUPS). An increase in both natural and agricultural green space in the neighborhood was weakly associated with less morbidity for all conditions. A high land use diversity was consistently associated with lower morbidities, in particular among non-occupationally active individuals.